Is The California Bar Exam Really Getting Harder? 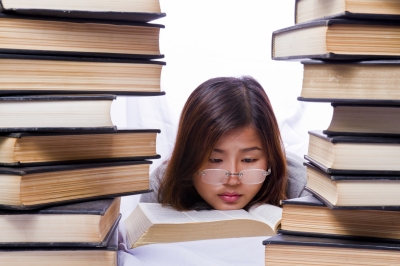 Now that the July 2015 California bar exam results are out, a dip in pass rates has happened again. The pass rate was 46.6% overall, compared to 48.6% last July. It’s the lowest pass rate ever for July since bar exam stats were first released in 1986 when the pass rate was only 44.4%.

How does California stack up against the rest?

It’s not all bad news for California would-be lawyers. When comparing the MBE results, which is the standardized multiple choice test for all states, California’s mean scaled MBE rate was 1424 while the national average was 1399. It’s hard to judge the rest of the exam which in California (as of this writing) consists of six 1- hour essays and two 3-hour performance tests because the written part of the exam is not standardized across all states. Full details for all schools are not yet out, however, you can check out the press release issued by the State Bar for the July 2015 exam.

Is the bar exam getting harder or are applicants getting “less able?” Sure, law schools are facing tougher times with student admissions being down, likely due to a depressed job market especially in big-law. The theory goes like this: law schools are now accepting more students with lower LSAT scores because the demand to get into law schools is not what it used to be. Consequently, the pool of students are “less able” and therefore perform more poorly on the bar exam.

Essays, not MBEs getting more difficult.

Our BarIssues.com Analysis of Essay Subjects Tested chart shows that since July 2012, each exam had between two and three cross-over questions out of the six essays. Prior to July 2012 the frequency of cross-overs was only about one to two per exam. Cross-overs are much harder to answer because many students will not spot the second, or third subject. (If you want to get a copy of this chart, submit a request to us using the Contact Us form and we will email it to you. All BarIssues.com subscribers can download this chart from their User Home page)

When I took and passed the February 2015 bar exam it was the first exam with the subject of civil procedure added to the MBE. We were all pretty worried about it, and the practice questions that I studied seemed hard. But the questions on the actual MBE for civil procedure were not as bad as I expected. I was also noticing the trend towards trickier essays with a greater likelihood of infrequently tested issues appearing on some essays. But I went into the exam feeling positive that I could pass, trying not to let all the hype about falling scores get me down.

When sitting for the California bar exam, applicants generally have a 50/50 chance of passing. Put yourself into the group that will pass, not the group that will fail. Don’t let yourself get too concerned over all the talk about how difficult the exam may be or how dismal the pass rates are. Practice writing as many essays, MBEs, and PTs as possible – the more you write, the better you will perform. In this case, practice really does make perfect!